The purpose of this study was to evaluate the activity of digastric, sternocleidomastoid, upper trapezius, lower trapezius and cervical muscles in response to maximum voluntary clenching (MVC) of the teeth. Twenty healthy subjects aged 24-31 years were divided into two groups of 10: a resting group and a clenching group. The resting group simply maintained the mandible at rest with teeth apart for two 1-min periods, whereas the clenching group underwent an initial resting period followed after 1-min by a clenching period during which they were required to perform MVC. The electromyography (EMG) responses of each muscle were recorded during all periods, and means and standard deviations of the root mean square EMG were calculated. Within-group and between-group comparisons of EMG activity were made using, respectively, the Sign two-tailed test for two related samples and the Kolmogorov-Smirnov two-tailed test for two independent samples (significance level 0.05). Data indicated a significant increase of EMG activity of the anterior neck muscles (digastric and sternocleidomastoid) during MVC as compared with EMG recorded during resting periods. If confirmed by further research, our findings suggesting an involvement of anterior neck muscles during isometric contraction of the jaw elevator muscles may have clinical implications. 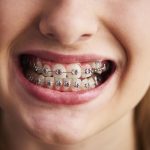 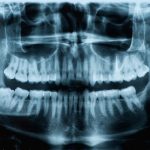 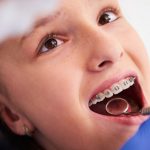